In addition to the day-to-day work of the online study program I have been trying to finish the hard-copy version of the correspondence courses to get them to the printer.  I also made an extra push to get more unpacking done in the house and finally feel like three of the rooms are finished.

Unfortunately, my guest room wasn't one of these and my first out-of-town guests were coming for Thanksgiving.  It was a rush to get it habitable but thankfully my son-in-law and daughter were a great help with that.  To finish the other rooms, though, I first need a few more pieces of furniture - especially a desk. I had both Jimmie's and mine hauled to the dump before the move because they were in such sad shape, so I have been working off a table in my office. It's time to get serious about finding another.

I tried my hand at chalk painting for the first time, and now have several other pieces on my to do list.  I enjoy refinishing furniture but all the sanding and stripping are a pain.  This was so much easier - and I love the look!  I bought an old table for my foyer that I plan to paint, hopefully soon.

Cole and I did one project together.  The Arts Council asked for folks to be part of their kazoo band walking float in the Christmas parade, and Cole eagerly joined.  We decorated his bicycle and I took him to kazoo practice to learn the New Orleans version of Jingle Bells. 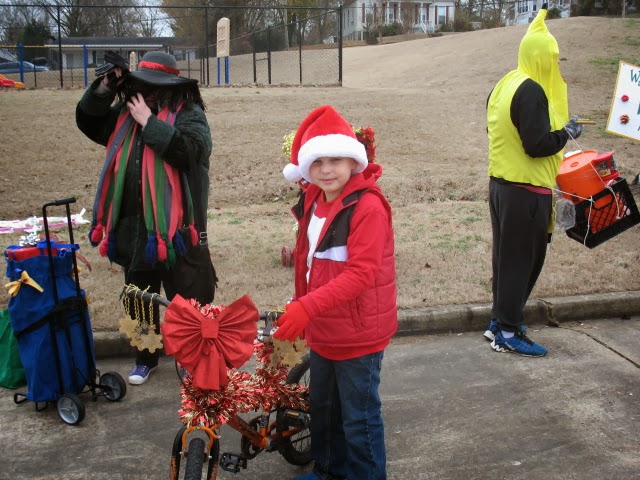 The parade was yesterday and was a lot of fun - despite the fact that it was only 30 degrees and breezy.  But Cole had many layers of clothing under his Santa hat - and I had hot cocoa ready for him at the end.

Jasper was snug-as-a-bug before the parade, but quickly decided he had to get into the candy action when those in the parade began throwing it at the viewers.  He discovered lollipops recently and they are his new favorite thing. 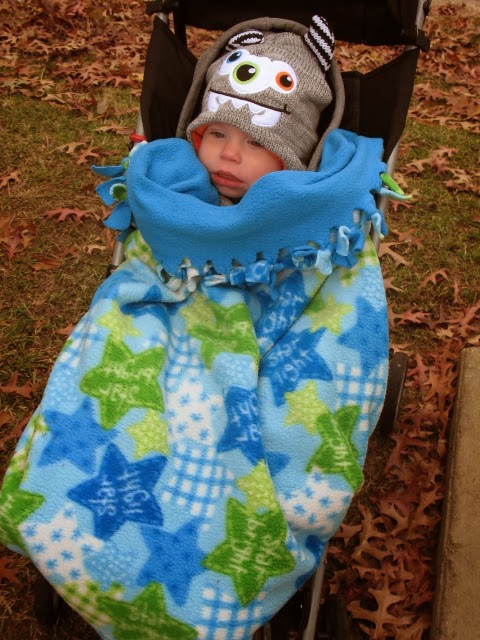 Of course, I have also helped with the IBTM newsletter, The Seeker.  You can read the latest issue by clicking here.
Posted by Linda Hill at 3:52 PM