At last, pictures so you can see where we have been . . . 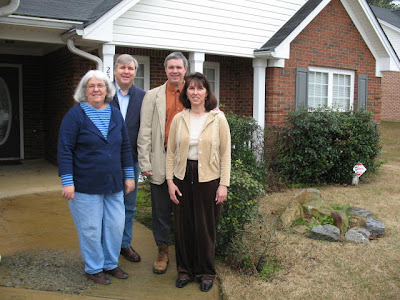 The campaign group - Jimmie & Linda Hill, William & Katrece Howard - headed to the Atlanta airport on April 14th. We dressed warmer than needed for Georgia spring and had our heavy winter coats in our carry luggage for quick retrieval when we arrived. They were definitely needed! 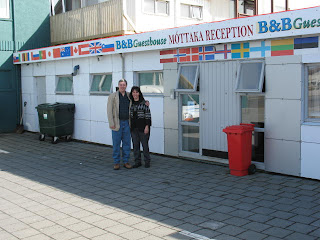 The B & B Guesthouse in Keflavik - our home for the next 2 weeks. The door to Katrece's left led to the lounge and kitchen areas that were shared by all. The small bedrooms were located on the second floor of the blue T-section to William's right (overlooking the aromatic fish market).


We quickly came to appreciate the rare days when sunshine was seen and rain was not. The need for a heavy coat was determined more by the strength of the wind than anything else.


Our primary purpose was to help strengthen the tiny congregation meeting in Reykjavik, so we spent as much time with them as possible. 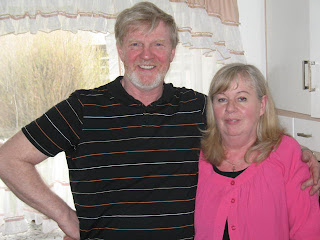 Marias said that his ancestors go all the way back to the early Vikings who settled this island and it is easy to see that, especially in his younger photos that showed his fiery red hair. 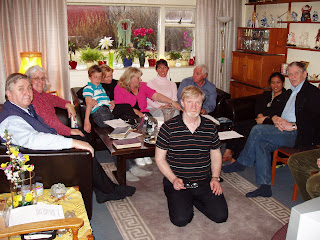 The church meets in their home. William took this photo just after our first Sunday worship together. Our workshop also met here with the guys moving to the kitchen during our separate sessions. 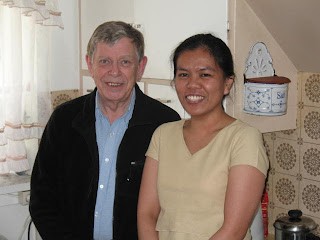 Paul & Darlene Smith are still newlyweds. The first clue that they are not descendants of the early Vikings is the fact that they have a joint last name. Icelanders do not. Paul's grandparents immigrated to Iceland from Norway and Darlene is from the Philippines. They "dated" online and met for the first time when Darlene came to Iceland for the wedding 2 years ago.


Naturally, some of our time was concerned with eating. The B & B provided cereal, milk, juice, coffee and other items for breakfast or snacks, but it was fend for yourself. Additionally, it allowed free use of the kitchen if you wanted to buy foods to cook, which we did on several occasions. But Marias also introduced us to the Ikea furniture store cafeteria. 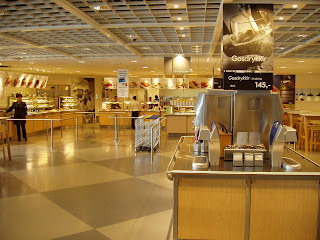 The food was good and the prices were low. But it also had one other advantage. Since it was a cafeteria the food was actually on display before you. You did not have to rely on trying to decipher the Icelandic menus but could point at what you wanted. Of course, looking at it you still were not exactly sure what it was, but that was another problem. 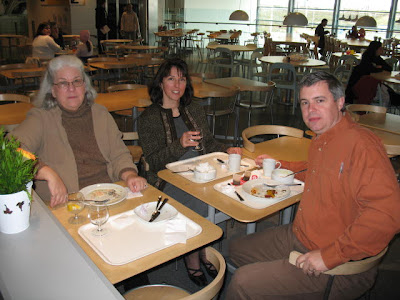 We ate there several times. 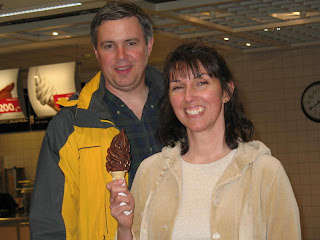 But our favorite place to eat was Gyða's kitchen. 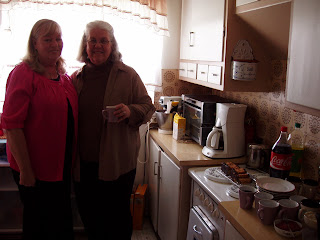 She made us the most wonderful afternoon coffees after every workshop filled with such delicious things as thin pancakes filled with fruit preserves and whipped cream; cream crackers with egg or tuna salad; smoked lamb spread on crackers; Icelandic brown bread with butter and salami; crackers with cream cheese bacon spread; plus cakes.


And on our last night there she made us an authentic Icelandic fish dinner. Wonderful!

We also spent a little time trying to get accustomed to our surroundings and learn more about Iceland. 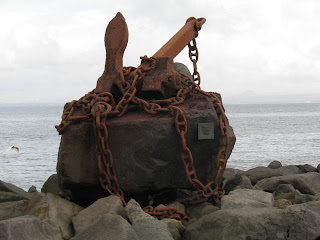 This is an important aspect if we are to understand Iceland's people.


Keflavik had some interesting objects left behind from past wars . . . 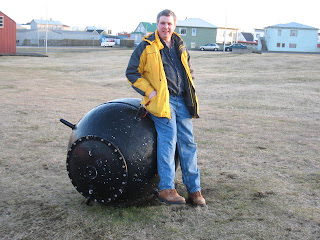 "Ah, William. Did you know you were sitting on a mine?" 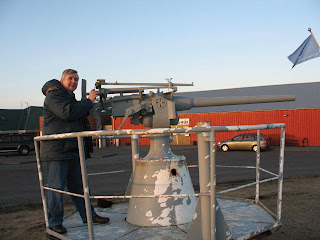 "Now THIS is what I need in that deer stand!" 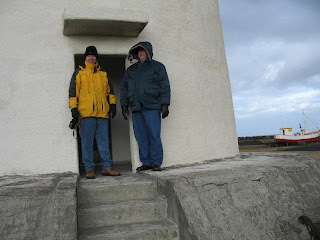 We also got our very first taste of Iceland COLD the day we arrived. 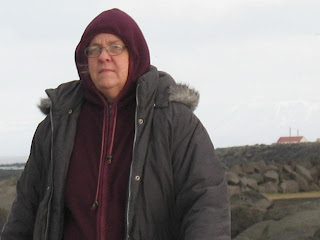 Even with blue skies the wind could be very harsh at times, making it hard to stay warm.


But it was well worth the effort when we got to see scenes such as this. 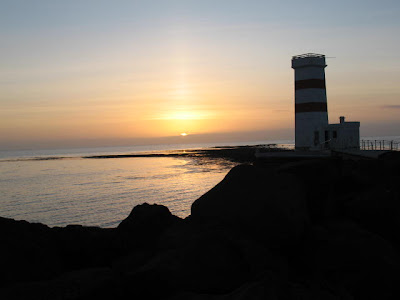 Hopefully I can post some more scenes around south Iceland in the next day or two . . .
Posted by Linda Hill at 1:17 PM