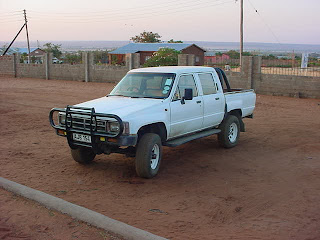 The travel-weary wheels that got Jimmie and Ron into the bush. Keeping it together was the trick. 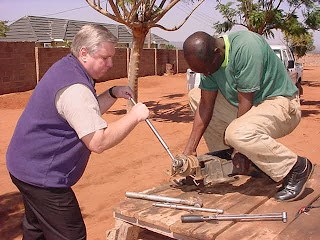 Webby (with a little help from Jimmie) had to repair the universal joint before leaving for Siamafumba . . .
then stop on the road to replace the rubber gromet around it using a seat belt he cut from inside the truck and some bailing wire. Being able to improvise is an important skill in the bush. 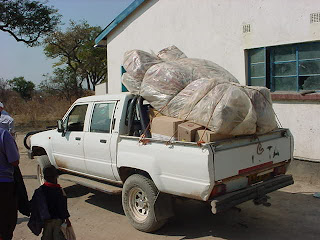 But they reached Siamafumba safely. 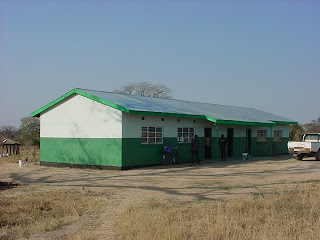 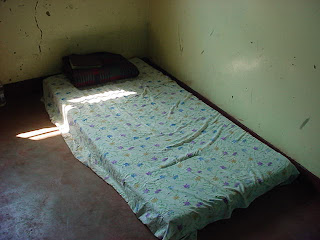 Jimmie's sleeping quarters during this 4-day meeting.
Jimmie didn't have a pillow so at night he would put his carry-on bag under the mattress to give some height. The first night he was awakened by a critter investigating this bag just under his head, and then a bag beside him. Jimmie waited until the critter noises were coming from the other side of the room before groping for the flashlight by his bed. (Black mambas and cobras - 2 very deadly snakes - are both common in the the area.) Fortunately, this critter turned out to be a very LARGE mouse. It quickly scurried back to the nest it had made inside the door of the room, while Jimmie went back to sleep, relieved that it was a mouse rather than a snake. The next day the brethren removed the door and took it outside. 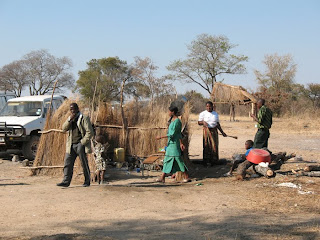 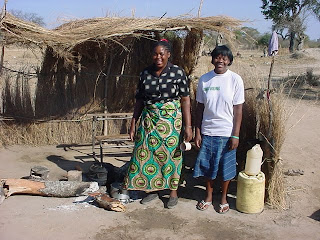 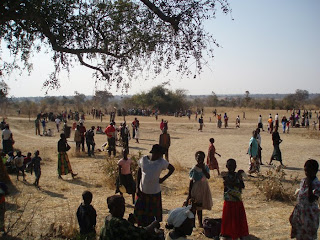 and scenes around the meeting area

The brush building built just for this gospel meeting. 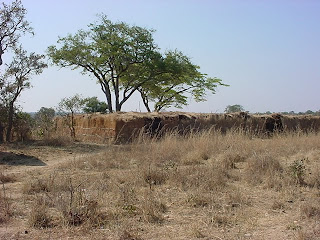 Notice that the brush structures are really not very tall. The church building was actually shorter than Jimmie. Fortunately, there was depression behind the pulpit he could stand in to preach. 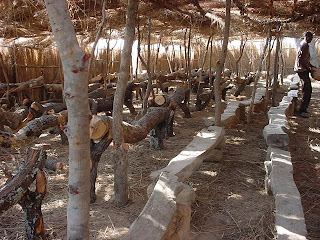 Imagine sitting on these pews hour after hour. 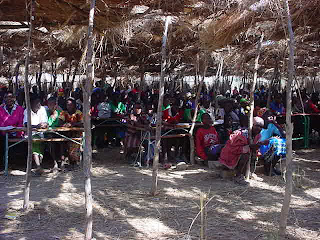 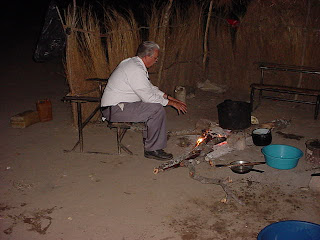 Ron trying to get warm at one of the tea stations. 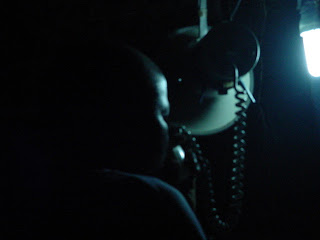 Preaching at night.
There was no electricity or running water at Siamafumba, only a generator that produced enough power to illuminate 4 light bulbs. The one over the pulpit shed enough light to read sermon notes, but the crowd of almost 2,000 souls listened in total darkness. 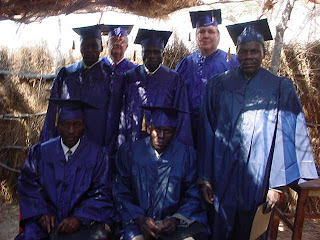 One other exciting thing about Siamafumba was that 5 of Ron's students in the International College of the Bible graduated with a BA in Bible. Jimmie said it was amazing to have a cap and gown graduation out in the bush.
Posted by Linda Hill at 7:36 PM