First, I need to correct yesterday's entry. Livingstone is obviously on the northern banks of the Zambezi River - thanks Wikipedia! I had heard it wasn't alway acurate but I was rushing to get to Bible class and took their word for it. Still, a quick look at the map later had me going, "Wait a minute . . ."

I also completely forgot to tell you that Jimmie called briefly to tell me that he had arrived safely and was doing well. I knew his plane had gotten there - 40 hours after we left our house on Monday - but it is always nice to have it confirmed that he was acually ON the plane. There is no Internet access at the school and he learned that the local Internet Cafe is unreliable - sometimes it's open and sometimes it's not. He will have to purchase a USA phone card before he can call home again, so I won't be hearing from him as much as his last trips to Malawi. Bummer. Being able to keep in touch daily via email really spoiled me. Still, when I do hear from him I will pass along any news.

In the meantime, I've been doing some research. Jimmie has been to Livingstone before, but it was several years ago and he didn't take any pictures of the town so I did a little online searching out of curiosity. I found dramatically different scenes. 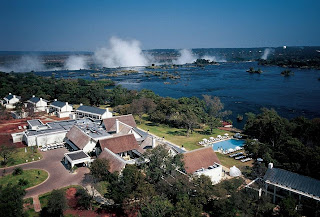 Along the banks of the Zambezi River are the luxury hotels for the tourists.

Jimmie certainly is not staying in one of these!


The Zambezi is 1,600 miles long but this particular stretch has produced what is sometimes called one of the natural wonders of the world - Victoria Falls. 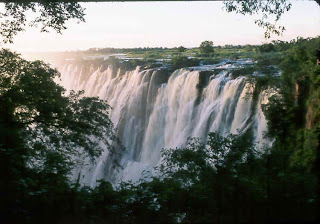 At 5,500 feet wide and 355 feet deep it is the largest water fall in the world - more than twice as large as Niagara Falls. 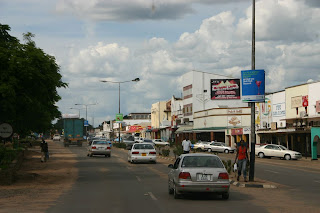 The photo I found of the town is not quite as picturesque. Back 100 years ago Livingstone was the capital city of Northern Rhodesia. Now it is a distribution center for agriculture and timber - and, of course, the closest town to Vic Falls. 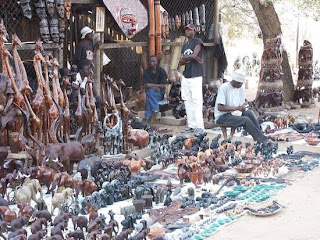 Here some curio sellers are waiting for the tourists to arrive. 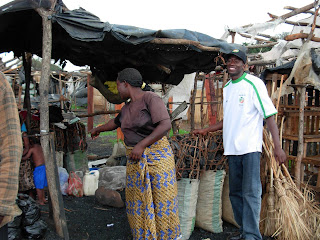 
English is the official language in Zambia, but Bantu is the local language.

I also checked the local weather today and was surprised. Since this is winter in the Southern Hemisphere I was expecting cooler temperatures, but the high today in Livingstone was 87 degrees. The low tonight will drop to the high 50s, so not bad at all.